Brief:
Offer the most advanced technologies in numerical control. One of the four centers of Chinese Numerical Control Systems manufactures.

Technical Strength
There are more than 250 staff now in the company, it is above academic that 80% of the staff have universities. The company has a keen-witted and capable technological group engaged in service and support of product market specially. Several dozen masters, doctoral candidates are engaged in researching and developing in front technology throughout the year. The company has finished ‘high-performance systematic industrialization of numerical control’ of national new and high technology industrialization demonstration project that the State Planning Committee set up in recent years. The State Planning Committee awarded company the title of ‘ one hundred industrialization demonstration projects in the country’. The State Ministry of Science and Technology has approved the company and Huazhong University of Science and Technology for setting up the only ‘national numerical control engineering research center’ representing the highest speciality academic research level in the whole country. The company was still named ‘the industrialization base of the national new and high technology’ by the State Ministry of Science and Technology at the same time. Chen JiHong, President of company, is chosen as ‘the national outstanding post-doctor’.
More  Less 
More > 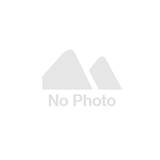