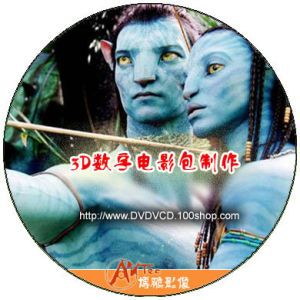 We are 2014 '--'19Shanghai Film Festival - the 6 consecutive years of excellent advertising film technology suppliers.
Ranks among the 9 largest A-level film festivals in the world. China's only international competitiveness is the Shanghai Film Festival. Advertisers are top 500 advertisers like Cadillac, Jijia and KFC. Second, Shanghai Bopeng Digital Video Studio, a five-year advertising and film technology supplier at the Shanghai Film Festival, has produced nearly 200 advertisements of all kinds with the impression of rigorous standards and high quality. Domestic front-line first-generation film packaged more than 50, even under the harsh eye is still widely praised!


Working for some of known distributors, servicing agents and film studios, SDC specialise in digital cinema mastering, quality control, Digital Cinema Package (DCP) encoding / validation, distribution and KDM management.
We use industry standard equipment in every step of our process, Our DCPs passed the test in mainstream cinema servers all over the world.
We had finished 30+ DCDM and 4+ 3D Digital Cinema Package only in China since 2011,all have been well received by customers.
What you needed to provide---
Video:8bit+,1080P/2K/4K,lossless MOV/AVI (422 oror 444)Format
Audio:16bit/20bit/24bit; 48Khz/96Khz, lossless PCM WAV(6 separate audio-track file); or AC3 5.1 Format
NOTE:
One of the most important steps in creating a DCDM is correctly converting the film into the XYZ colour space. We have various methods for doing this but we always prefer to work closely with your grading facility to ensure perfect colour space management using 3D LUTS (look up tables). We are able to provide "clip tests" for clients so that the look of the final DCP can be approved before we move on.
Next the DCP goes through our full validation process which includes several test ingests on popular digital cinema servers such as the GDC SX-2001A, Dobly DSS200 ,NEC NC900C and Doremi CDCS2000. It is also checked using DVS's D-Cinema validator tool. Finally the DCP is fully played back in our digital theatre.
Clients are encouraged to attend this stage. A full QC report is made by one of our technicians to verify picture and sound quality, data integrity and DCI compliance. Once the client has signed off on the QC, we are able to make as many copies as required for distribution. We have industrial disk duplication facilities that rapidly copy and verify every drive. These drives are then placed in protective cases and shipped to cinemas around the world. Drives can be
hired from SDC and we handle all delivery and return logistics.
We also provide a complete KDM delivery and support service. The KDM (key delivery message) is a file that we send to each cinema via email allowing them to unlock the film's encryption. This file is made specifically for each D-Cinema server and specifies exactly where the film can be played and how long for.
In case something goes wrong along the way, we provide international 24-hour technical support for cinemas. So you can rest assured that there is always a technician available to solve problems if they arise.